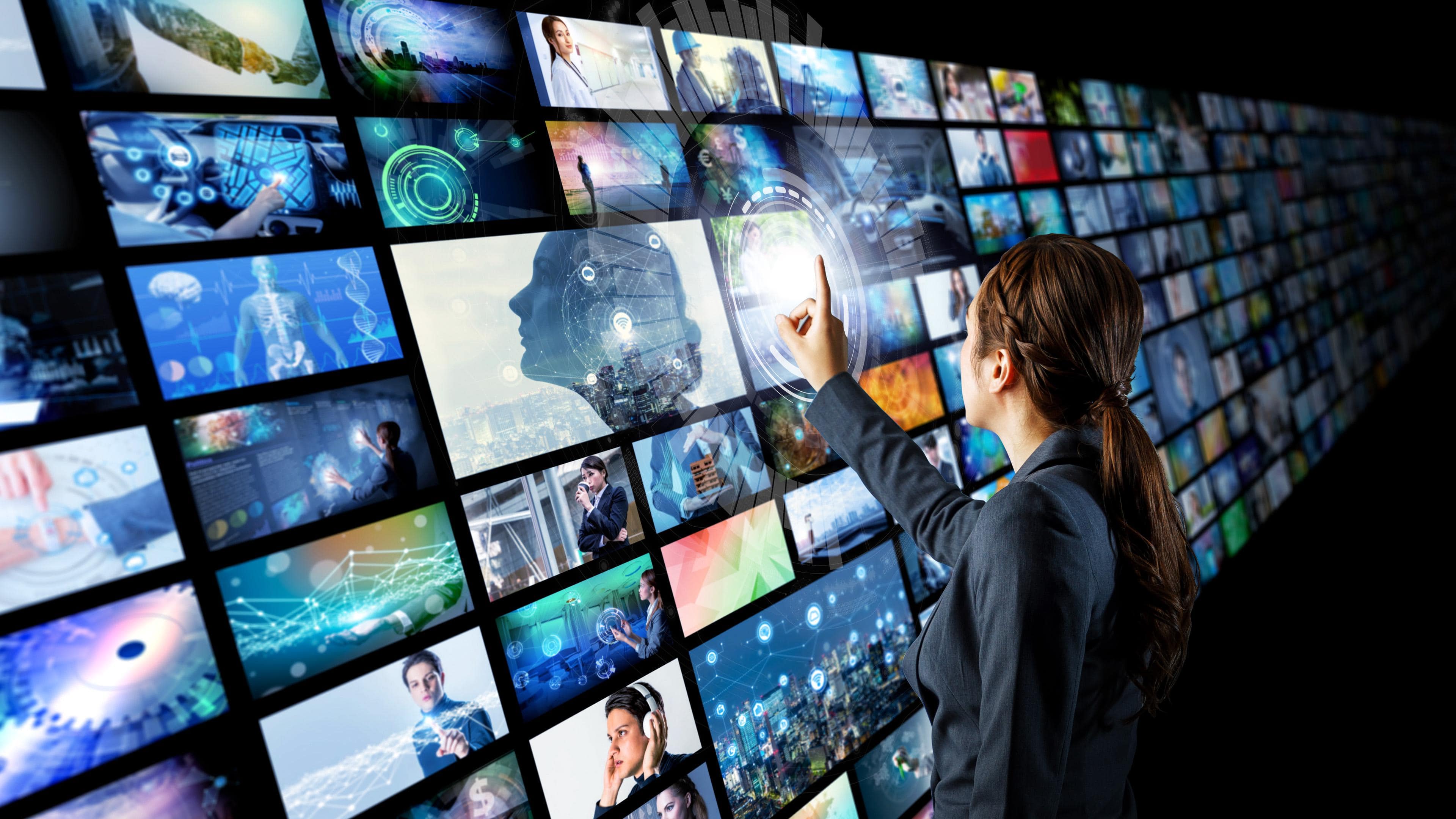 As illustrated across our website, time series are everywhere. Each industry vertical, each domain, each company comes into contact with time series in one way or another. In the use case library below, you can explore the extensive applications of time series, or look for applications in your specific field of interest.

Companies who monitor (in real time) tactical and strategic change to identify gaps and discover market opportunities will maintain or increase their competitive edge. Operations managers and senior executives use control towers to get visibility in supply chain operations. By collecting and combining data from a growing number of new information sources like IoT, GPS, and electronic logging devices companies get an additional layer of intelligence across their operations, and across enterprises. Information on production processes, stock levels, shipment and orders can now be tracked to a new level of detail, enabling supply chains to optimize contingency plans by monitoring disruptions, evaluating the impact towards the plan, and acting in real time. Incorporating this type of new data streams into traditional track and trace, S&OP, or supply chain monitoring activities is not straightforward; organizations are looking into data science to open up new options to produce meaningful outputs and to use that output for improved risk mitigating strategies and operational processes to boost their performance when reacting to unexpected disruptions or market opportunities. 99% of the data used in control towers to monitor supply chain information consists of time series data streams. This information can be used in AI/ML to evaluate future behavior, calculate the impact on performance, and act accordingly. Evaluating the potential performance improvement from the introduction of AI/ML with the goal to adapt your operational scripts is not an easy task. Defining the right AI/ML strategy, what ML approach to use, how to train and configure your models and then deciding how to deploy them tends to be a timely and costly project. And then there is also the enormous number of potential uses, scenarios, and configurations of supply chain networks to take in account. Once you choose, configure and deploy your models, you will need to continuously monitor your setup for performance (accuracy) deterioration due to changes in the data sources, changes in supply chain and logistics networks, changes of business models, and last, but not least, the dynamics of your business and industry. Typically, this is covered by having a department of specialists who maintain and optimize these configurations and deployments.

With TIM’s Real Time Instant Machine Learning (RTInstantML) forecasting organizations can skip the configuration process and immediately deploy and execute ML models that adapt to the input data streams without the need of human intervention – and this in near real time. This allows companies to embed AI/ML into their control towers with the benefit of better insights into future events and their impact and hence react faster and smarter. And all this at a fraction of the cost and the time required using traditional ML approaches.

Typical inputs of this use case include data from the supply chain operations (IoT, schedules, planning, throughput, etc.), logistics (ELD, GPS, IoT, stock levels, order status, etc.), sales and marketing (campaigns, new orders, etc.) and environmental data (infrastructure, weather, etc.) Typical outputs of this use case consist of time series forecasts on various reporting aspects in the control towers (performance, ETA’s…). This data can be compared to the to-be situation to calculate predicted performance, potential diversions to the plan, etc. as input to your contingency actions.

Consumption of medical supplies and the need for certain raw materials or other potentially scarce resources need to be forecasted by governments and medical institutions. Normal fluctuations in consumption patters can be complemented by sudden structural changes due to extreme events, climate change influences and epidemiological changes. This requires adaptive forecasting models that capture new dynamics fast and give insights into the underlying demand influencers.

Complex and distributed assets (i.e. differently configured pumps or compressors installed across the globe) fail because of many reasons; some are purely due to the conception of the asset and represent normal wear and tear. Some failures though are due to local operating conditions and/or the specific configuration of the asset. Gathering data through IIoT platforms and performing anomaly detection not only allows for foreseeing such failures, but when this anomaly detection leads to explainable forecasts, engineers can perform root cause analysis. This leads to faster resolution of the issue and also allows R&D to analyse failures and come up with more robust and reliable equipment, which is even more important under servicisation-type contracts where the manufacturer bears (some of) the cost for maintaining the equipment and guaranteeing uptime.

TIM’s forecasting and anomaly detection capabilities not only produce accurate results, but these results are fully explainable; therefore TIM’s value extends beyond avoiding the failure and supporting predictive maintenance. TIM’s information can be analysed by technical maintenance teams in order to pinpoint the culprit rapidly and thus save precious production time by limiting downtime. TIM’s information can also be analysed by R&D teams to determine structural improvements to the equipment.

Track-operated transportation system (metropolitan or passenger and freight rail) failures can be very expensive; from merely causing a delay (often blocking a track to follow-on traffic) to derailments. En-route failures need to be avoided at all costs for both safety and economic reasons. Predicting failures is complex though, because of a high degree of customisation among rolling stock and because the system is impacted by varying factors such as load and weather.

All-in predictive maintenance roll-out requires a huge upfront investment in systems and change management. TIM’s extremely fast approach to generating predictions permits rail and track operators to roll out predictive maintenance approaches one use case at a time, which reduces organisational stress due to change management (actually, once initial cases have proven value, teams typically demand to be next!), but also leads to very rapid ROI. This means projects can be kickstarted top-down as well as bottom-up. The low initial investment in order to prove the value of AI/ML through TIM allows users to put together a business case based on the actual impact on the business.

TIM typically runs on top of a data and/or IoT platform and connects through an API for automated data ingestion. This can include schedules, sensor data, load data (passengers or cargo load), weather data, etc. Forecasted failures are typically fed to a service planning system or CMMS for planning preventive maintenance.

Many cities around the world have adopted a bicycle sharing system. These systems allow people to cycle around the city, picking up a bicycle at one docking station and dropping it off at another. Not all docking stations experience the same use, however. Some stations might be popular starting places, leaving them empty at the end of the day, whereas others see many people arrive throughout the day and end up completely occupied. Understanding and predicting these patterns goes a long way in the planning of the redistribution of bicycles accross docking stations that often happens at night. Yet the situation is even more complex, since people’s behaviour is influenced by many other factors, such as the weather, time of day and calendar. Forecasting the usage of bicycles also gives insight into the demand, allowing cities to anticipate higher demand by expanding the bicycle network, for example.

TIM can help in these scenarios, by taking into account many different variables, transforming and weighing them in order to produce accurate and understandable forecasts. Moreover, TIM allows for frequent model rebuilding, quickly adapting to meet challenges posed by sudden and unexpected changes in peoples behaviour. In case of any issues with data collection, TIM is also able to account for changes in data availability. Thanks to the explainability of the models, it is possible to develop a sense of understanding at what constitutes an accurate forecast, and what influence changes in predictors may have. This can serve as a start for answering questions like “How would the necessary redistribution change if it was colder than expected, tomorrow?”

Want to learn more about becoming a partner? Sign up and we will contact you for a web meeting to learn more on why you should partner with us.

Want to learn more about becoming a partner? Sign up and we will contact you for a web meeting to learn more on why you should partner with us.

Apply for a job

Excited to join our amazing team? Fill in the form and surprise us how you could bring value to the team.